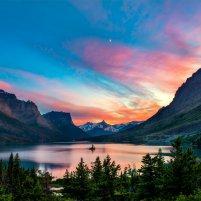 Although you may link ear infections to childhood, adults can also experience ear pain and discomfort related to bacterial or viral ear infections. Ears are one of the priorities at Pikes Peak ENT, which has two locations in Colorado Springs and a third in Woodland Park, Colorado. Led by Board-certified specialists Michael Wilhelm, MD, and Luke Arnholt, MD, the team at Pikes Peak is well-known throughout the community for their expertise in diagnosing and treating acute and chronic ear infections. Protect your ears. Call Pikes Peak today to schedule an appointment, or book your visit online.

Are there different kinds of ear infections?

Yes. An ear infection can involve your inner, middle, or outer ear and each kind typically has different types of symptoms. An inner ear infection, for instance, is often an inflammatory response that can cause pain, dizziness, and vomiting. Inner ear infections are rarer than other types and often signal an underlying viral infection, such as influenza or herpes virus.

What are the symptoms of a middle or outer ear infection?

Often developing with a cold or other respiratory ailments, a middle ear infection (otitis media) occurs when the tiny tubes (Eustachian tubes) that regulate air pressure inside your ear become infected and swell. This causes fluid to build up behind your eardrum. Symptoms can include:

Children are more likely to develop otitis media than adults. In infants or children, symptoms of otitis media may include:

Ear pain from otitis media often worsens while lying down.

An outer ear infection (otitis externa) is often referred to as swimmer’s ear because it’s typically caused by water remaining in the ear after swimming or bathing. This creates an excellent environment for bacteria to thrive. Tenderness, redness, and swelling of the outer ear canal are common symptoms of otitis externa.

Why do children get middle ear infections more often than adults?

The tiny Eustachian tubes affected by a middle ear infection are much narrower in children than adults. The tubes also lie more horizontally in children. These factors make it more difficult for fluid to drain, especially when the tubes become irritated or inflamed due to infection. This can cause fluid to build up behind and against the eardrum and lead to an infection.

Because recurrent middle ear infections can affect hearing, your Pikes Peak ENT provider may recommend a minor surgery to insert a tiny tube into the eardrum, which helps prevent fluid from accumulating behind the eardrum.

Schedule a visit at Pikes Peak ENT today to discover the cause and treatment options for your ear pain. Call the office or book your appointment online.